You are here: decentralized encyclopedia » backpacking » power and electronics

Many recommend just bringing along a portable power bank. Which is fine for short trips. However, in the spirit of being off the grid, I am also seeking a lightweight solar panel.

The solar panel can either connect to my phone, or a “power bank”. I wish there was an app to keep the phone charging after moving into the shade. The phone requires replugging the cable to continue charging if the voltage drops. Or, the phone keeps beeping telling you it's been plugged in and turning on its screen, possibly using more energy than its getting from the solar panel. 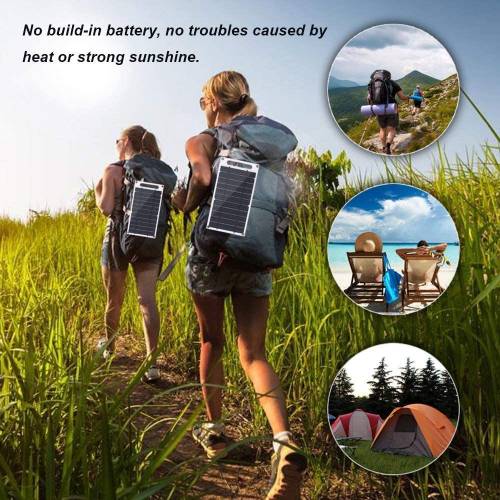 The adapter has both male and female USB 2.0 connections. One caveat may be that it will easily disconnect if jostled in the pack. A rubber band? 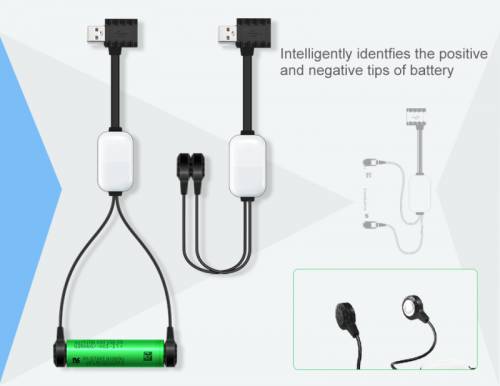 Fortunately, I found a very powerful headlamp that also serves as a power bank, so I don't need an additional device. It was perfect except for the lack of a red light. It looks like a flashlight, but it has a right angle LED, and mounts into a head strap. This headlamp is great for night hiking, but at camp it converts to a lantern using an inflated balloon, and I use a secondary red headlamp to keep from blinding others. In town, you want a fast charger for both devices:
https://atlasguides.com/choosing-the-right-charger-for-thru-hike

2021 Technology Considerations in Selecting a Flashlight or Headlamp


Lighting Power Can Be Estimated By Amperage

Hypothesis: If you assume the LED are all about equally efficient in producing light based on power delivery, then you can judge how bright a light will be based on the battery it uses. Most bright flashlights and headlamps use 18650 batteries. Although 21700 batteries, a bit larger at 21mm diameter and 70mm height, are being mass produced due to Tesla adoption.

So let's do a little digging to see if this may be true… apparently, the makers of Fenix lights think so: 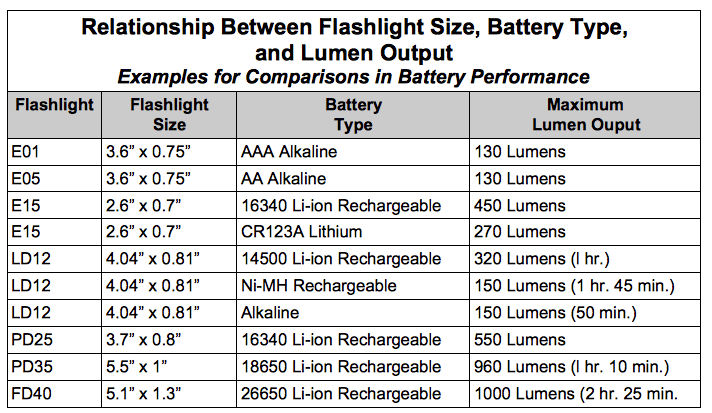 • Cell, modules, and packs – Hybrid and electric vehicles have a high voltage battery pack that consists of individual modules and cells organized in series and parallel. A cell is the smallest, packaged form a battery can take and is generally on the order of one to six volts. A module consists of several cells generally connected in either series or parallel. A battery pack is then assembled by connecting modules together, again either in series or parallel.

• Battery Classifications – Not all batteries are created equal, even batteries of the same chemistry. The main trade-off in battery development is between power and energy: batteries can be either high-power or high-energy, but not both. Often manufacturers will classify batteries using these categories. Other common classifications are High Durability, meaning that the chemistry has been modified to provide higher battery life at the expense of power and energy.

• Specific Energy (Wh/kg) – The nominal battery energy per unit mass, sometimes referred to as the gravimetric energy density. Specific energy is a characteristic of the battery chemistry and packaging. Along with the energy consumption of the vehicle, it determines the battery weight required to achieve a given electric range.

• Energy Density (Wh/L) – The nominal battery energy per unit volume, sometimes referred to as the volumetric energy density. Specific energy is a characteristic of the battery chemistry and packaging. Along with the energy consumption of the vehicle, it determines the battery size required to achieve a given electric range.

“The theoretical limit for white LEDs is about 260-300 lm/W.” White LEDs with super-high luminous efficacy could satisfy all general lighting needs, phys.org 20100831

“Cree reports that the LED efficacy was measured at 303 lumens per watt, at a correlated color temperature of 5150 K and 350 mA. Standard room temperature was used to achieve the results.” cree.com 20140326

20210329: The highest lumens per watt currently available from CREE is the “XLamp XP-G3” at 190 lumens per watt. https://cree-led.com/products/xlamp-leds

“The term “efficiency droop” refers to the decrease in luminous efficacy of LEDs as the electric current increases above tens of milliamps (mA). Instead of increasing current levels, luminance is usually increased by combining multiple LEDs in one lamp. Solving the problem of efficiency droop would mean that household LED lamps would require fewer LEDs, which would significantly reduce costs.

In addition to being less efficient, operating LEDs at higher electric currents produces high temperatures which compromise the lifetime of the LED. Because of this increased heating at higher currents, high-brightness LEDs have an industry standard of operating at only 350 mA, giving a good compromise between light output, efficiency, and longevity.[45][46][47][48]

Early suspicions were that the LED droop was caused by elevated temperatures. Scientists proved the opposite to be true – that, although the life of the LED would be shortened, elevated temperatures actually improved the efficiency of the LED.[49] The mechanism causing efficiency droop was identified in 2007 as Auger recombination, which was taken with mixed reaction.[48] A 2013 study conclusively identified Auger recombination as the cause of efficiency droop.[50]”

There are different LEDs capable of different lumens. The strange thing is, that for flashlights and headlamps, practically all I can find are LEDs made by the company Wolfspeed, makers of CREE LEDs.

Analyses of Five Major LED Manufacturers Vertical Integration Strategies (Part 1), 20160112 “Cree is with no doubt the epitome of vertical integration in the LED industry, from SiC material advantages to vertical LED chips, to record holder of luminous efficacy. The component manufacturer has been the leading lighting brand in the U.S., and has an entirely different development path from sapphire substrate based LED companies.”

My conclusion from the above article from 2016, CREE is the only option for high performance flashlight and headlamp LEDs. However, Chinese make knock-off versions that are about 70% as bright, according to a youtube video guy.

My tests with 5 models of cheap china flashlights, some having multiple “T6” LEDs delivered the same output as those with single LEDs, all powered by dual 18650 batteries. Were the single LEDs not T6? I won't know because I don't have them anymore.

Note that the biggest and baddest XHP70.2 requires too much power for most any ultralight backpacking use, at least at its maximum rated wattage. Although, who says you have to run it at maximum power? You could use a lesser voltage or lesser amperage, while slightly increase the efficiency:

For a headlamp, I think I want a flat LED, along with a sliding lens that can focus or diffuse. However, the XHP70.2 only comes as a bubble.

Note that the lumens per watt is much less than the 70.2 model. However, I used the Max Efficiency at Binning Conditions for the 70.2, which I didn't find data for with the 35.2 model.