Specifications For My First Motorcycle


Choosing the rear disc brake and monoshock rear suspension helped me rule out like 90% of the motorcycles in the showrooms of Chiclayo, Peru. These two options are superior in every aspect than the drum brakes and dual shock options, and are easy to spot when looking at motorcycles.

For a motorcycle I want to keep forever, I would want it to have a good skeleton. The core of the motorcycle is the frame. Most cheap motorcycles will have a trash frame, because no one cares that much about motorcycle weight.

I decided to buy new, because I didn't have enough knowledge to buy used, and because used motorcycles here in Peru aren't cheap. Which means the resale value will be high.

At first I was considering offroad/adventure type motorcycles, even though I prefer road because of the number of dirt roads in Peru. Then I noticed most motorcycles being ridden on the dirt were road-type anyway. Before I switched strategy, I almost got the Tekken 250 below.

Among the motorcycles in my price range I looked up, none had a quality frame. A stylish and more expensive Zontes U155 caught my attention. It has an aluminum swingarm for the rear suspension, and weighs less than all the other motorcycles I was comparing. I looked up Zontes and they are a high quality manufacturer. Over 60% of their employees have university degrees and advancement is based on technical merit. No wonder their choices and engineering look top notch for their price range.

The U155 has fuel injection, both oil and water cooling, antilock brakes, and other features that make it the most expensive motorcycle I looked at (around 11,000 Peruvian soles). I would have gotten the U155, except I liked the styling on the Benelli 180s better, and it was only available in Lima (I am rather far from Lima at this point). Also, given my uncertainty about staying in Peru, if I decided to sell the bike, I may have trouble finding a buyer compared to a less expensive motorcycle.

Though I'm not sure what poor people would want. Maybe they are attracted to fuel injection because it gets better gas mileage? Pulsar motorcycles, both carbureted and fuel injected, are very popular here, but also a tad overpriced, perhaps for that reason. Pulsar is also more likely to get stolen because it's easy for a thief to sell quickly or turn it around for parts.

While I love all the high tech stuff, I like engines to be as simple as possible. While the Zontes U155 has fuel injection, oil and water cooling, antilock brakes, bluetooth ignition, and all that is quite nice, it can be a headache long term when the motorcycle gets old and stuff starts to break down. A carburated, air cooled engine is the simplest. That's what all the cheap bikes have. Someone could make a really high end simple bike that may be a tad more expensive, but that just doesn't seem to be done.

The Bruno TNT 200 (also rebadged as Advance and Jettor) was offered to me for 5600 soles. The next day I went to buy the bike and the guy said he made a mistake, that it was actually 6500. The same thing happened at another dealer with the Yansumi Fantasi 200 about a week before. I was also misinformed about the gas tank capacity for the PlusOne Xplotion. I asked knowing the answer, then corrected him with the website when he overstated the capacity. Dealers are either clueless or not to be trusted. I went to a nicer showroom where they had the Benelli 180s, and was offered 10,700. I ended up buying it for just under 10,000. 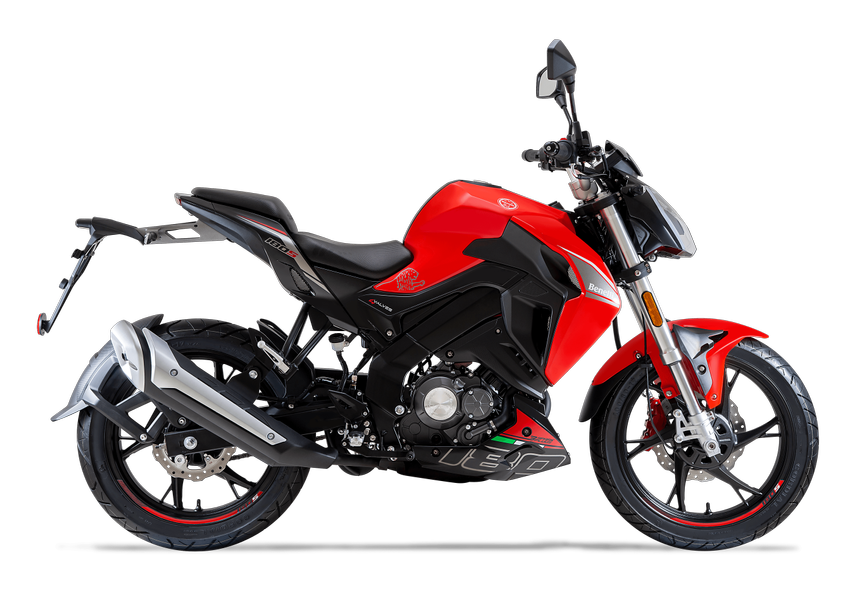 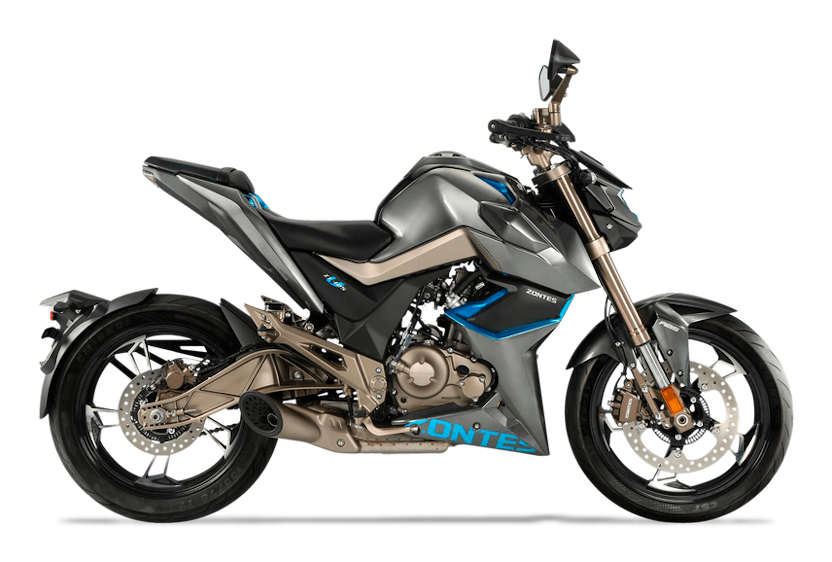 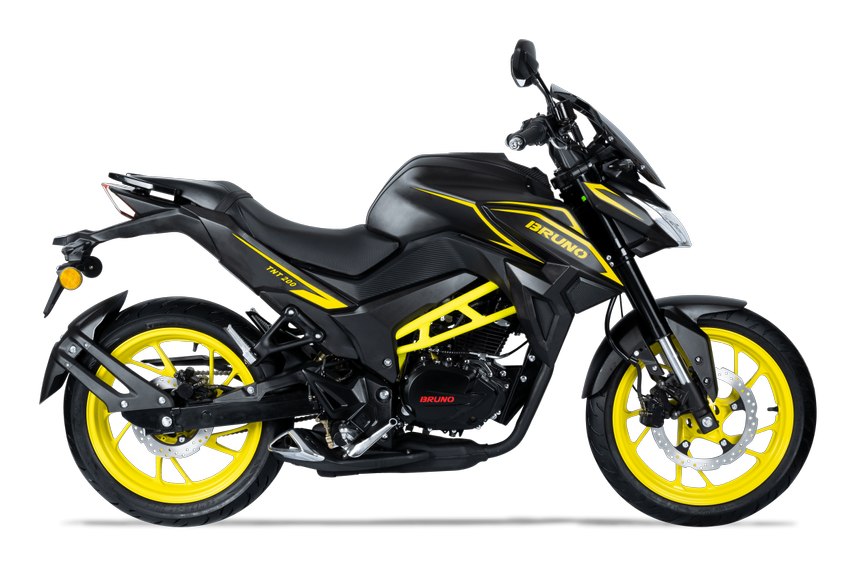 Bruno TNT 200
The exposed yellow frame tubing isn't the frame, but a decoration that is bolted on to the actual frame with flimsy sheet metal.


Are all the motorcycles with highest fuel economy based on a fuel injected engine?

After looking up to #14 on the list below, I gave up.looking for a carburetor motorcycle among the top most fuel efficient. I asked on Quora, and some carbureted 50cc scooters used to get 120mpg, which is 1.96 liters/100km, which is on par with the top of the list for fuel injection.


The list below has the motorcycles I found in all of Chiclayo that had rear disc brakes and rear monoshock suspension, and were priced under 8000, except for the one Benelli and the Zontes.

Some of the motorcycle brands didn't even have their own website, as they are brands made up by local Peruvian distributors. This includes the PlusOne, Artsun, Advance, Bruno, and Jettor, for which I couldn't find detailed specifications because there is no website for the brand. I got some of the info from https://somosmoto.pe, but the specifications on that website are highly suspect.

Some single piston engines have an additional balancing unit, that makes them run smoother at higher RPM. I'm sure the Benelli and Zontes have these, but didn't find this in the specs. Maybe they all have this and it was just a gimmick a dealer used on me.

My motorcycle specifies 95 octane fuel {RON rating}. What I have found is that outside of the big cities, only 90 octane fuel is available. Isn't that a bust.

I am looking into octane boosters. It would be convenient if I could use the 95% rectified ethanol that is readily available as my octane booster. Using Ethanol’s Double Octane Boosting Effect with Low RON Naphtha-Based Fuel for an Octane on Demand SI Engine, SAE International Journal of Engines 2016

The Zongshen mechanic who takes care of my warranty said I should just use 90 when 95 isn't available. He doesn't recommend using ethanol or other octane boosters. No reason given. I'm just going to follow instructions. There's a Duke 250 out in La Florida, Peru, and this motorcycle also requires 95.